Lighting is important in any business, from an office environment to a retail shop. The kinds of lighting available vary greatly, so there are a lot of options to choose from, but the new trend toward LED lighting is growing and with good reason. There are several good reasons to consider changing to LEDs that you may not have even been aware of.

LED is an acronym that stands for Light Emitting Diode. The diodes first started appearing in computers and other electronics. They are basically two lead semiconductors that emit light when the right voltage is applied to them. They are very small, and in the early days they were not bright enough to power lighting but were used as indicators of the power on in a computer or other electronics. Now they are being used to light entire homes, offices, and as replacements for traditional light bulbs in many applications.

LEDs have a very low draw when it comes to the amount of electricity needed, and the amount of light they give of can be affected by the amount of voltage passes through them. At first glance, the LED is so small that you would not imagine them giving off much light, but they can replace everything from household bulbs to extremely bright security lighting and are even starting to be used as lighting for photographers and videographers in their studios. They can run for hours and draw very little power so they can help to reduce the overall power usage of a home or office and over time, will save a lot of energy.

In terms of cost, the LED bulbs that are available are very reasonably priced, and there are bulbs for just about any traditional light out there. LEDs have ratings on them to show the wattage of the LED and the traditional bulb it replaces so if you have a 75-watt bulb in your light, you can reference that and find the replacement LED that will produce the same amount of light. The LED rating will be much lower, for example, the 75-watt bulb may be replaced with a 14 watt LED. They also last for years not months; in fact, many are rated for 20 years of use. When you think about replacing the lights in your business once every 20 years, that is pretty appealing.

Along with the long service life, the reasonable price, and the ease of use LED have one more great feature. They generate very little heat, so the lights you have on are not going to heat your office up or have near the risk of causing a fire. LEDs can be left on for days or even weeks and still be cool to the touch in many cases, which makes them a great option for lighting that is on for long hours at a time.

Read in about 3 Minutes 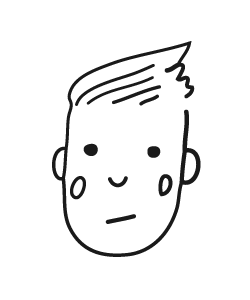 After years of struggling with our home energy use, it occurred to me that we needed to work harder to cut back. We began thinking of different ways to make a change, and within a few weeks, we had started turning off lights more and using appliances a little more sparingly. I wanted to start a website all about understanding energy consumption so that other people can make better use of the power that they have. This blog is all about making things better at home, so that you can protect our world and our precious resources every single day.